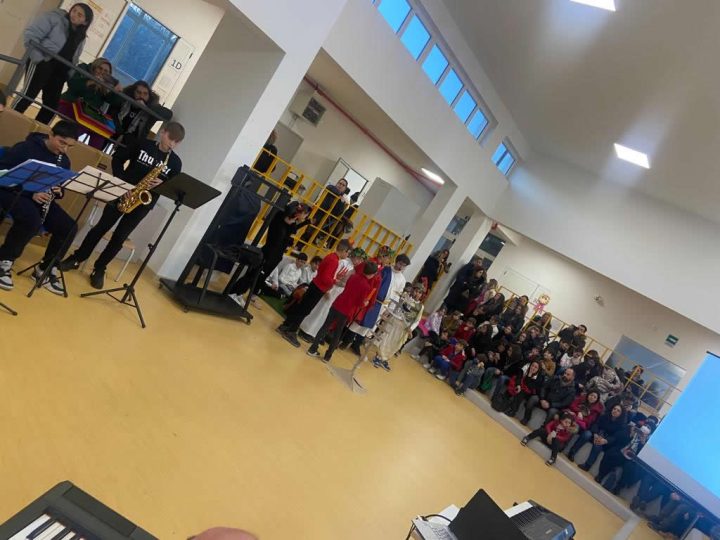 Introducing yourself is never easy and it is even more so for a school like ours, rich in so many resources and potential, but which, objectively, in recent years, has found itself having to adapt to many and varied contingencies. Teachers and pupils, however, have never lost the confidence and strength to resist and show their value to the outside world. Today, among other things, it counts on a boatman of excellence, the Director Antonio Iaconianni, who, with his innate enthusiasm as well as with an experience that fascinates and involves, immediately entered into harmony and sympathy with the school and territorial environment, firmly affirming the need for a school unique and innovative. Hence the motto, inherited from the Latin world, per aspra ad astra, which alludes to our past and describes our present, a present that we have expressed through an acronym. In fact, ASTRA does not want to refer simply to a bright moment full of projects, but to everything that will be implemented: TO of activity, St which stands for sports, T of technologies, R research, TO which stands for advanced.

On the open days of Thursday 12 January, the IC “G. Falcone” in Rende-Quattromiglia presented, in the individual complexes of the First Grade Secondary, workshops that tell the acronym of our motto. After all, an acronym is an understatement for everything we have to do and it was necessary to invite our future users and make us listen; certainly, the laboratories are often a spectacularization of knowledge, but, in a timely manner, they have shown that, to our future students, we teachers of this institute, will never give a single perspective to cross the disciplines; on the contrary, we will teach them how and why subjects are not watertight compartments, but constantly dialogue with each other and that every single aspect or passage of what they will study can be looked at from different points of view and in different ways.

For this reason, sports activities will not only be those linked to traditional motor activity, but an agreement will be established for swimming courses with the “Rende Nuoto” company. Great space will be given to the experiential dimension through the organization of ski holidays and sailing boat excursions. Priority will be given to technologies related to educational robotics and EIPASS IT certifications and were presented in the laboratories on the 12th. Speaking of certifications, “our” school has, and this for years already, the flagship language certifications not only in English, but also in Spanish and French.

But let’s go to the advanced researches which are not only those of the scientific field, but also those of the literary field. The study of literary works cannot be an acquisition of notions that ignores the ability to go further, to interpret and reflect in order to make them paradigms to be applied to even the most everyday aspects of each individual’s life. And, indeed, since ancient times, the first written literary genres, such as that of the fable, for example, or that of the classical epic, always had the function of transmitting teachings through different models of life.

The Headmaster, Antonio Iaconianni, wanted and supported the updating of some passages or some figures of the great classics of the history of literature and, in the various workshops, this intention was declined, for the Europa village, through a singular living room literary, splendidly staged, while, for the plexus “Piscine”, with a hilarious parody of a passage from the XXVI canto of the Inferno entitled “The crazy flight of Ulysses”. In this workshop, complete with stage costumes, the meeting, in an ironic key, between Dante and Virgil, Ulysses and Diomedes, in the eighth pit has been reproduced.

The pupils involved also created a beautiful model of Dante’s Inferno. However, the open days of the 12th were not characterized only by presentations and workshops: the instrumentalists performed, with choral or solo performances and there was no lack of singing, dancing and that right dose of lightness, which, said Italo Calvino, is never “superficiality”, rather it is the ability to cross and overcome “the swamp”. Not satisfied yet, the Director wants to complete the details of a beautiful picture and, within this month, he will meet the pupils and families of the Primary scenes online.

For aspra ad astra the open day of the IC “G. Falcone” by Rende Quattromiglia as 2023-2024 – Horizon School News