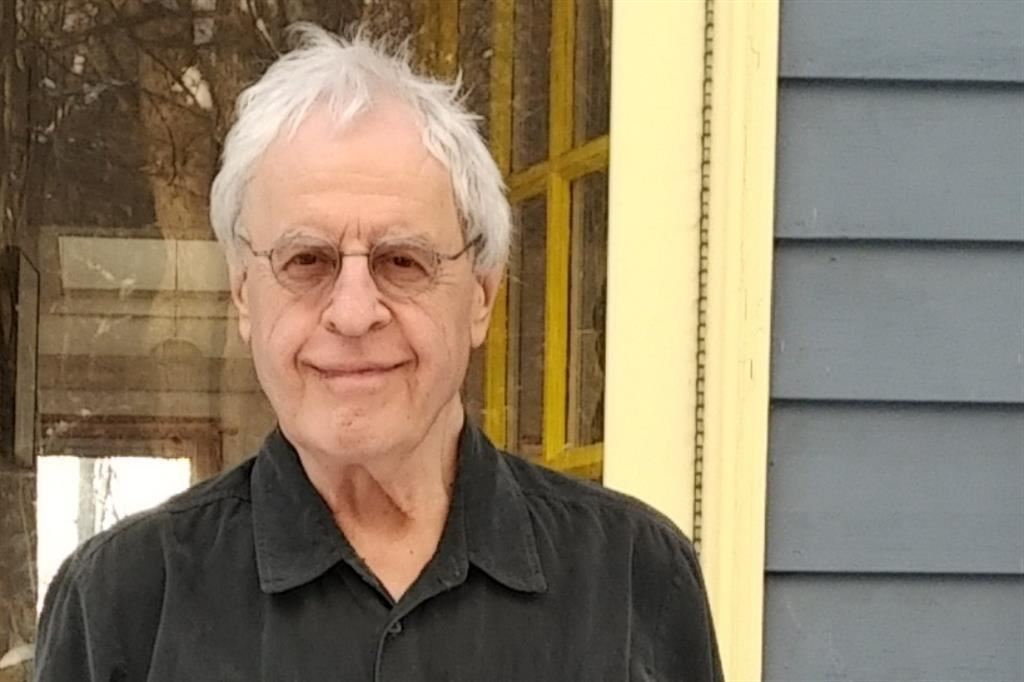 Charles Simic, one of the most important American poets and not only of his generation, died yesterday at the age of 84. The last email I received from him was the – somewhat sardonic – question about who had won the Nobel Prize for Literature 2022. Needless to tell him that I was rooting for him, he had no illusions: «No chance», he replied with a presumable toothy smile, before the assignment, while it was clear that his candidacy was not at all bizarre. Far from it. The penultimate email, on the other hand, was the link to an article in the “New York Times” which spoke of the risk of censorship in the USA. The recent American political situation worried the poet a lot who, from his charming little house in Strafford in New Hampshire, covered by deciduous forests, continued to write visionary, telegraphic, hilarious lyrics.

Simic was a generous person and always available. He answered from his smartphone with joyful irony and surprising speed. He shared his texts, trusted blindly and was very happy (indeed, excited) to know that the Italian newspapers gave him space. Simic was born in Belgrade on May 9, 1938. His real name was Dušan. He will never forget his Slavic childhood and the bombings during the Second World War. After a long pilgrimage between Italy and Paris (“my travel agents were Hitler and Stalin”), in 1954 he emigrated with his family to the United States and settled in Chicago. In ’66 he graduated from New York University. The previous year he had married Helen Dubin, the beloved dedicatee of many of his books. Gradually he began his career at New Hampshire University (1973), where he will become professor emeritus of American literature and creative writing.

His first anthology is from ’67, What the grass says, but it was from the 1970s that he perfected his unmistakable minimal taste, defined by critics as a perfectly constructed Chinese box. The peculiarity of Simic’s poetry lies in the extreme concentration of the dictation, in the catalysing power of the images – hirsute, cumbersome –, in the feeling of disquiet that certain sketches emanate, sarcastic, ferocious and merciful at the same time.

His masters do not belong only to the American tradition (Emily Dickinson, Russell Edson, Bill Knott), but are also the sacred monsters of Balkan surrealism, such as Vasko Popa. It is from this electrifying short circuit – Midcult and European eccentricity – that a mixture of suffused elegy, calcareous apothegms, petits poèmes en prose which touch their absolute peak in The world doesn’t end (1989), awarded with the Pulitzer and translated into Italian by Donzelli (edited by Damiano Abeni, 2001). It is worth quoting one of the most successful sketches: «It’s a shop specializing in antique porcelain. She visits him with a finger to her lips. Sssss! One must be silent when approaching tea cups. Not even a sigh is allowed at the sugar bowls. A tiny speck of dust fell on a wafer-thin gravy boat. She emits an “oh” from the owl’s mouth. At her feet he wears soft, well-cushioned slippers, around which mice scamper.’

The world doesn’t end is Simic’s masterpiece and here, as in one mise en abymethere is all his poetics: the objects traversed by the pareidolytic illusion – the critic Robert Shaw rightly noted that «inanimate things pursue an obscure parody of human existence» – the parallelism with the metaphysical dimension rejected and sought (the ancestors were for centuries orthodox priests in a small village in Serbia), the presence of conscientious animals, the rapid (almost filmic) shift of perspective, the sense of bewilderment of the lyrical subject.

Insomnia hotel (1992) and Club Midnight (2005), published by Adelphi respectively with the translation of Andrea Molesini (2002) and Nicola Gardini (2008), increase the mixture of skepticism and transparency of expression, distressing research and flicker of love beyond violence, despair. The dark satire of the Balkans, the sultry rhapsody of Latin America and the bold juxtapositions ofavant-garde French have created a unique style in the United States, intimately “simician”, also reduplicated in essays and non-fiction works such as the notebooks of The monster loves his labyrinth and collection of articles The life of images (translated for Adelphi by Adriana Bottini in 2012 and 2017).

The freshest syllogues – The Lunatic (2015; edited by Paolo Febbraro, Elliot 2017) e Come closer and listen (2019; edited by Moira Egan and Damiano Abeni, Tlon 2021) – they re-propose the highly oiled scheme of composition in a thousand sauces, ever more sharp and incisive, with the addition of a greater dose of pity, empathy, exotopia. Tenderness. “I don’t understand people – she confessed on one occasion – who never realize the suffering they are surrounded by, starting with the thousands of homeless people who roam our cities and their sickly dogs, faithful companions in poverty. Even a dying worm or an ant that someone has trampled on deserves our pity.”

Simic, who accomplished the whole thing brilliantly cursus honorum of American literature – from the MacArthur Fellowship (1984-1989) to being named Poet Laureate (2007), from the Griffin Poetry Prize (2007) to the Frost Medal (2011) –, declared in the latest collection, No Land in Sight (2022; to be released soon in Abeni’s translation), to see no landfall in sight on the horizon. We sincerely hope, with prayer, that now he has finally found her.

Stunning, refusal to comply, accident ... A driver hits the mark in Jonzac
Hoaxes and misinformation, we are all guilty of their creation and dissemination
In Varazze to greet 2022 and celebrate the arrival of 2023
Tweet
Share
Share
Pin