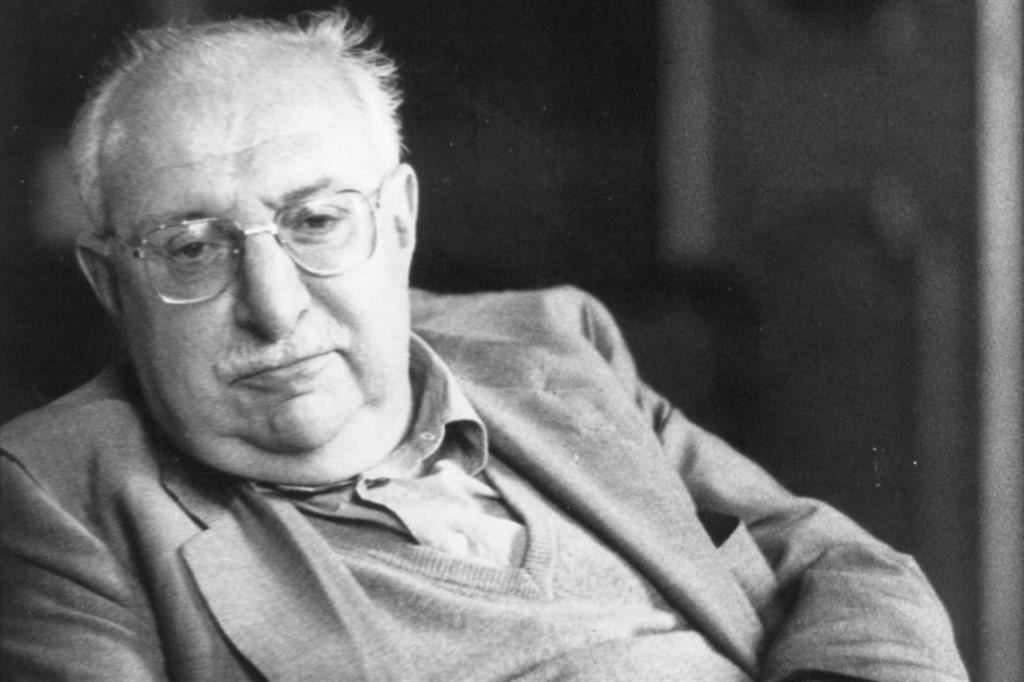 Were it another author, the difference between recurrence and celebration could be taken for a slight. In the case of Giorgio Manganelli, however, the temporal misalignment pays homage, because Manganelli was the convinced theorist of «decommemoration», a paradoxical concept often taken up by the publications released on the occasion of the centenary of his birth, which took place in Milan on November 15, 1922 (the writer died on May 28, 1990 in Rome, where he had moved in the 1950s). The “decommemoration”, or the commemoration of an anniversary bizarre to the point of improbability, is the starting point for both the issue and the magazine Line dedicates to Manganelli, taking up and expanding the analogous monograph of 2006 (Quodlibet, 512 pages, 26.00 euros), both the full-bodied Fantastic philology. Hypothesize, Manganelli (Argolibri, 384 pages, euro 22.00), in which the Italianist Andrea Cortellessa brings together a substantial part of his studies on the author. Editor together with Marco Belpoliti of the volume of Line, Cortellessa is the critic who has devoted himself to the interpretation of Manganelli with the greatest continuity. Not an easy undertaking, considering that from the late and fulminant debut of Hilarotragoedia from 1964 onwards the writer had undertaken an action of methodical misdirection on his own intentions. The same poetics of “literature as a lie” cannot be understood as a renunciation of the search for a truth that emerges anyway, perhaps in the form of poetic intuition and mystical reversal: “The lie – notes Cortellessa – it is an alchemical process, a game of mirrors, an anamorphosis. Nothing symmetrical, frontal, unique. It just doesn’t give an outcome the false, but a truly non-judicial and “other” space, that one in which the true has no privilege over the false ». We are in the territory of the Baroque and the prose of the seventeenth century represents a non-ephemeral model for the daring linguistic inventions of Manganelli, who was always very comfortable in the role of literary “hooligan”. Even at the cost of running some risks, such as those that the writer’s daughter, Lietta Manganelli, gives an account of in her George Manganelli. Waiting for hell to start working (The ship of Theseus, pages 198, euro 18.00). It is not a biography of the “Manga” and not even an autobiography of Lietta, who is also the co-protagonist of many of the re-enacted episodes. Among the others, the description of the first meeting between father and daughter after some time stands out, to the point of assuming the characteristics of a primary scene. The year is 1964 again and, on a July morning, seventeen-year-old Lietta rings at the door of her father’s apartment in Rome: «Excuse me, are you Professor Manganelli? Then I am her daughter.’ Not even the time to recover from the surprise and another ringing of the bell announces the arrival of a mysterious guest, whose identity will be revealed to Lietta after an hour and a half spent hiding on the balcony. This is Carlo Emilio Gadda, who rushed to Manganelli because he suspects that Hilarotragoedia is a parody of Awareness of pain… The embryo of a family novel already partially anticipated by the domestic correspondence Multi-heart circulation (Aragno, 2008), Lietta Manganelli’s book is full of ideas that go far beyond the anecdotal. Which will not be overlooked, however, given the importance that humor – or, better, the black humour – covers in the work of the Manga. The very insistence on hell, the central place of Manganelli’s imagination, is never free from a component of macabre amusement, which however does not manage to obscure the metaphysical restlessness that permeates the entire production of the writer. In Lietta’s reconstruction, Manganelli is not the spokesman of a mockingly pursued atheism, but the witness of a spiritual quest studded with even lacerating contradictions, to which moments of religious abandonment are not extraneous. The signs of a radically internalized Christianity, moreover, emerge clearly from the not negligible corpus poem by Manganelli, of which in recent months there have been several editions: the revival of the now classic curatorship by Daniele Piccini ( Poems, Crocetti, 372 pages, 20 euros), the essential anthology A man full of death staged by Antonio Bux (Graphe, 64 pages, euro 12) and the further rearrangement of the verse production carried out again by Lietta Manganelli in From dark to dark (Aragno, pages XVIII+318, euro 20). «Let me seek no more, my Lord; / because I know / that some are saved by living; / but different destinies / can only be explained by dying», we read among other things. Manganelli is not all here, agreed. Or maybe, who knows, he is right here and exclusively.